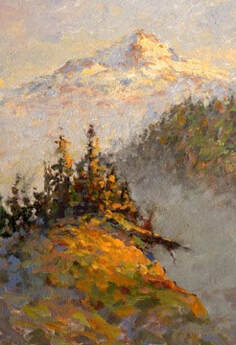 ​Victor Guschov was born in Haverhill, Massachusetts in 1950. He began to paint seriously when he was fourteen years old, working in watercolors and oils. His early paintings reflected the influences of Winslow Homer and the Rockport school and later the work of the Impressionists. Victor graduated from Worcester Academy in 1969 and went on to Montserrat School of Visual Arts and the Art Students League of New York. Impatient with academics and deciding that the best education would be to paint a thousand paintings and learn from his own experience and observation, he dropped out of school and began the life of a starving artist. ​ 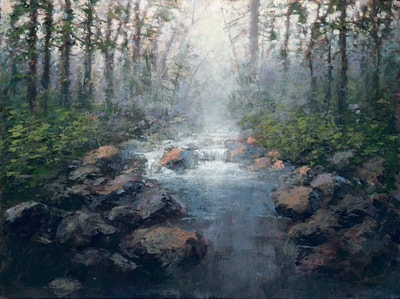 ​Traveling around the country and living in cheap rooming houses, he refined his drawing skills, selling pen-and-ink sketches and watercolors. Part-time work and odd jobs paid for art supplies and rent. " It's hard to imagine trading my life for one with fewer twists and more security. The memories I have of living in a two dollar room on Bourbon Street; working at a fast food dive on Sunset Strip and walking home to a seedy apartment; crouching under a bridge next to a wild river to stay dry while painting in the rain; watching snow pile up on my palette, all turn into paintings". 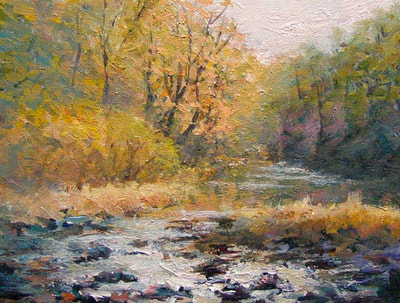 ​Over time Victor has experimented with many different artistic styles, retaining an element of realism and keeping the natural world as a touchstone. In 1977 he settled on the Oregon Coast becoming established as a landscape and seascape artist. Victor purchased a house in Salem in 2011 that is also his studio. His current work in acrylic and in copper may be seen at For Arts Sake in Newport and Pacific Artists' Co-op in Lincoln City.
More from Victor Guschov